When traveling through Carver County, passing through Mayer can be an experience that goes one of two ways: first, you blink and you miss it, or you take a little more time and discover what the growing community of Mayer has to offer. The history of the town of Mayer is one that is typical of a Carver County town, with its own rich and interesting stories of discovery and growth.

The first settlers in modern-day Mayer settled in an area known as the “Big Woods” or as the Dakota called it, “Chatonka”. To these early settlers, the Big Woods was everything they could have wanted: teeming with wild game (bears, wolves, beaver, deer and even panthers!), with ample materials to create houses, and water. The American Indians did not tend to live in the Big Woods because they believed that human interference would chase away the wild animals and so they lived further West. When the settlers arrived, they began to cultivate land and create trading posts. They set the foundation for what would become Mayer, Minnesota.

The actual founding of the village was in Mayer but not in Mayer. Confused? That’s okay! The area we know today as Mayer was originally called Helvetia. The name Helvetia is actually an ancient name for the country of Switzerland. John Buhler, a Swiss immigrant, came to the area and laid out the town called Helvetia. Besides creating the layout for the town. Buhler also operated one of the many general stores in town. Other operations were brought to the town, such as a couple of saloons. Money was not common in Helvetia or Mayer during its early years; most clothing and food were created at home, and settlers would typically trade for what they needed. The town of Helvetia began to wither with the coming of the railroads to Carver County. With railroads came more business and so the town shifted to the site of modern- day Mayer and gained a new name.

The homegrown diet of an early settler would be fairly simple. As written in the Mayer Centennial, a guidebook to the town published in 1986: “...and their diet consisted chiefly of beans, corn meal mush cooked from home cracked corn, potatoes, home grown vegetables and other products that were grown on the farm,”. The settlers did have access to meat products, but they were valued highly for their monetary value and not eaten unless on a special occasion. Another real aspect of settler life were the Dakota and Chippewas tribes. They did not live directly in Mayer, but passed through the area. The two tribes were hostile to each other and the possibility of fighting between the groups frightened many settlers.

One of the major contributing factors to the success of Mayer as a community was the railroad. Nowadays, you can only see remnants of this once booming industry. There are trails where the tracks were and restored buildings where the stations used to help passengers on their way west or to the Twin Cities. In the 1880’s, the railway began creeping its way into Carver County through St. Bonifacius. The town was reportedly very excited by the prospect of a railroad, and upon the creation of Mayer Station the local newspaper reported: “From what we have learned, when there recently, we have no doubt that this will make one of the liveliest stations along the road!”. The railroad was an active force in the town until 1985 when the Burlington Northern Railroad sought to abandon the track through Mayer.

With the coming of the railroad and the growth of Mayer, one of the major issues to be addressed was schooling. In the early years of the town, the local minister and his wife would typically take on the role of education. In the 1880’s, around the time the railroads were coming into town, Mayer created its first school and with that its own school district. Public School District 73 erected its first school building in 1887, with much fanfare from the local newspapers. A newer building was constructed in 1916, which lasted until the consolidation of the district with neighboring Watertown. The Watertown-Mayer School District was formed in 1971. In modern day Mayer, another school that students may attend is Mayer Lutheran High School. This school began in 1961 with humble beginnings: three teachers and only 36 freshman and sophomore students.

Mayer is a growing community. The population is going up and businesses are expanding. Mayer is rich in history and stories to be found. 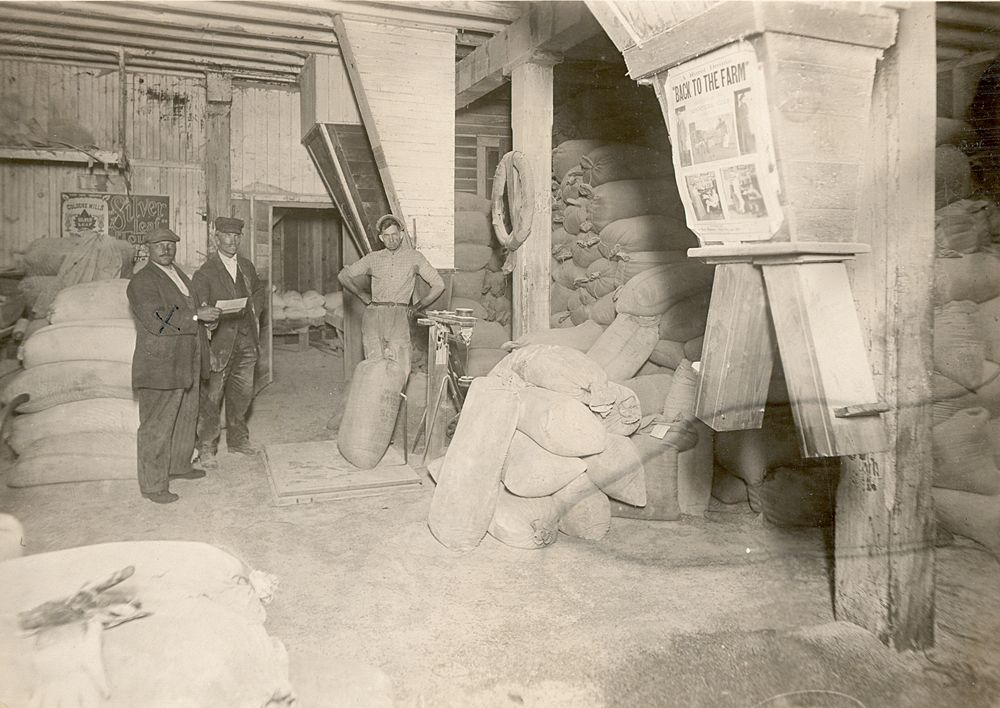 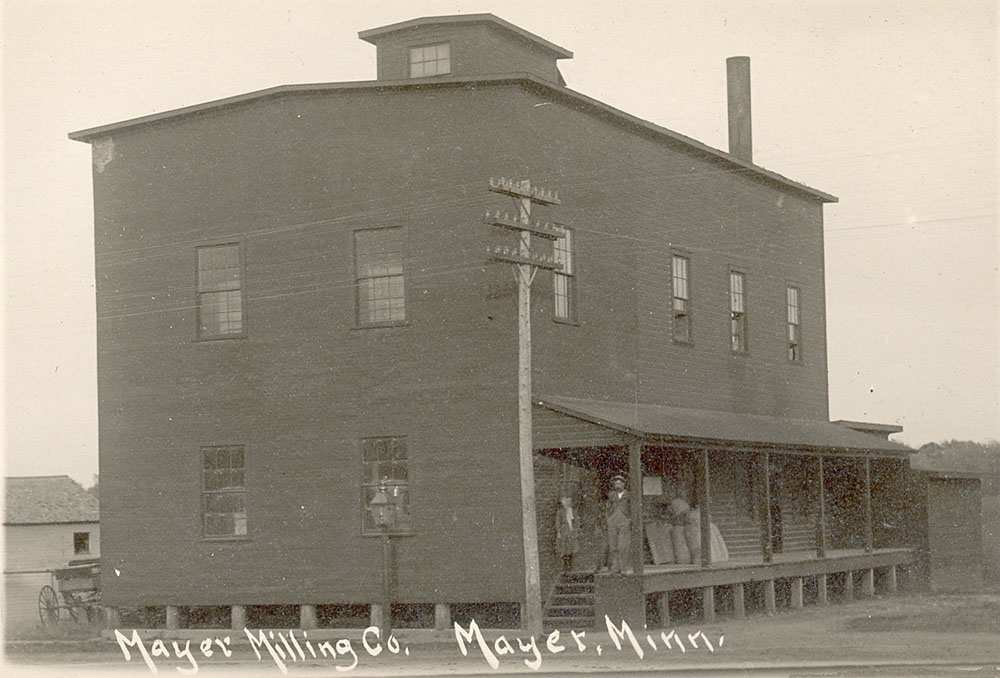 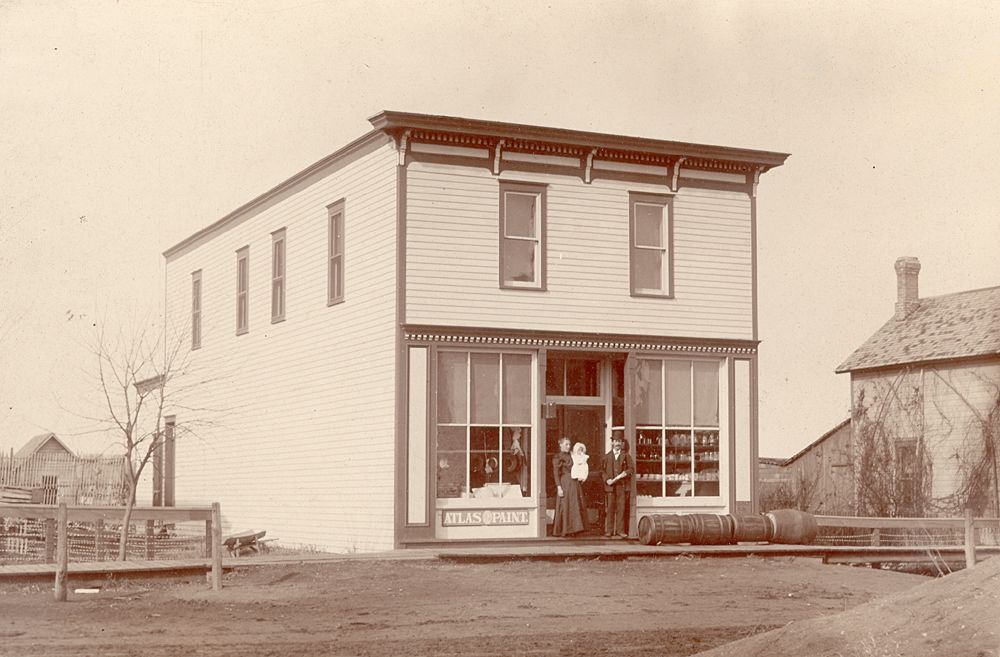 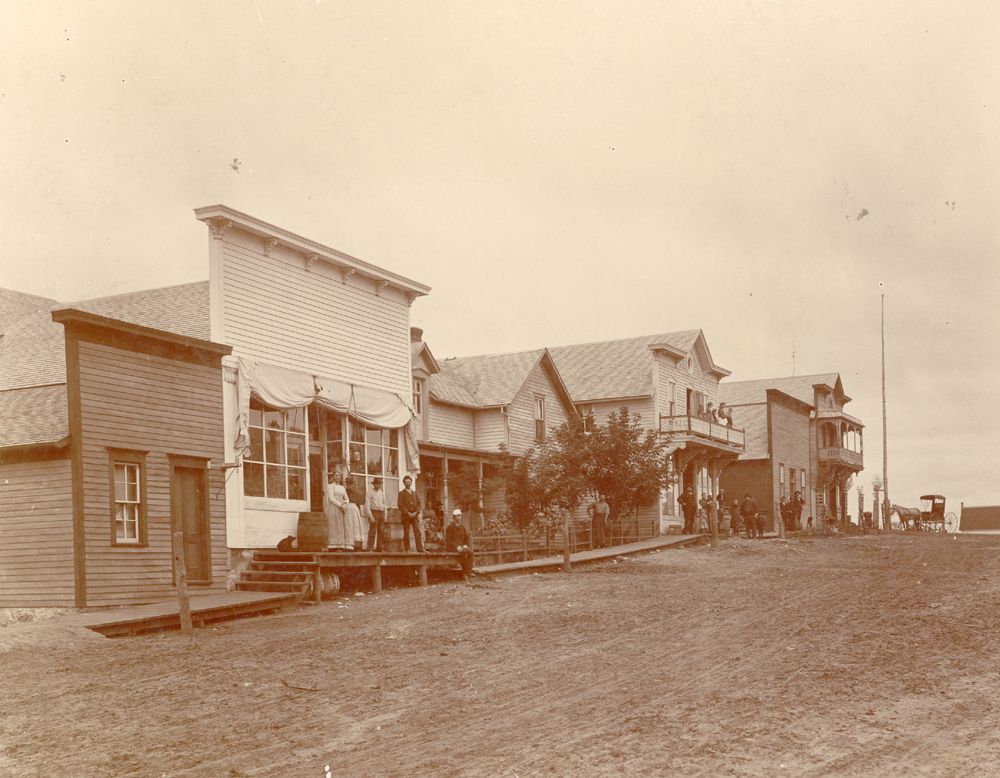 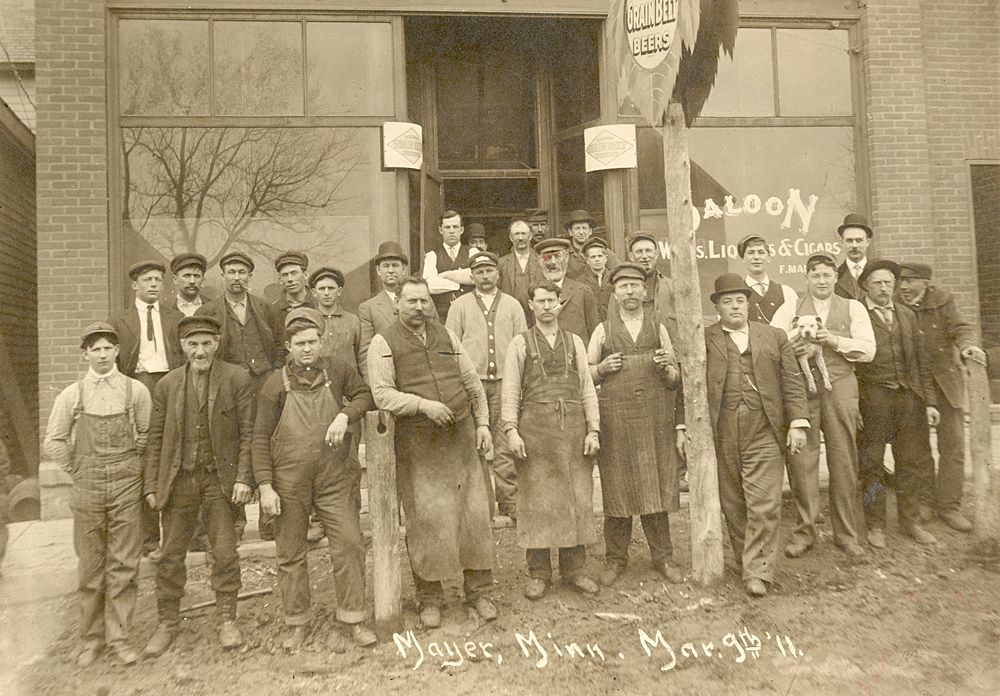 A group of Mayer businessmen.